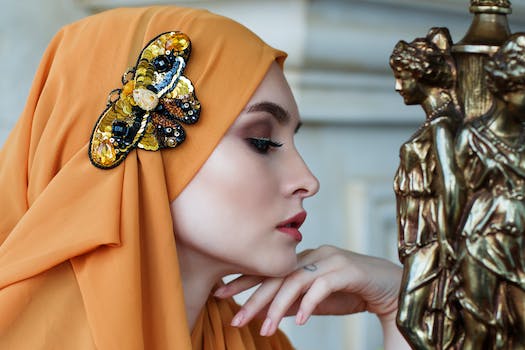 Thinking of an adorable motif to wear or give away to friends, but tired of cliches? Maybe you've bought too many ballerina figurines or puppy plushies. It's time to experiment with a different theme. The idea of panda jewelry is a unusual and is associated with environmental and ecological issues.

If you want to distinguish yourself from the boring routine of giving away cute cuddly teddy bears or bear-motifed cards for Christmas or a birthday, opt for something different by considering panda jewelry. After all, bears are always cute -- but pandas are exotic BESIDES being cute.

Pandas in accessories may be somewhat unconventional, but the unconventionality itself is sure to make this theme set a smash hit. The white-and-black theme that comes naturally to pandas is useful for every design. We all know how chic chiaroscuro (an italian term for an artistic rendering using only black and white) is "in" at any fashion era!

Besides, it's really wrong to say that pandas aren't "in" at all! Japan's Tare-panda has achieved much mileage among young people since its creation in 1995. In 1999, Japan's Seda magazine elected Tare-panda as the most popular toy of the year. The Tare-panda mascot, bug-eyed and cute, has found its way to various forms of merchandise -- on bracelets and bags, t-shirts and notebooks, and even to cell phone charms!

Mobile phone charms are actually just among of the many examples of accessories where the panda jewelry motif would definitely "click." Kids nowadays may be modern, but modern accessories need not adopt to a futuristic theme, or a fantastic one...in fact, panda jewelry may actually be useful in making young people more aware of the plight of the panda -- specifically the Giant Panda, which is one of the more endangered species in the world today.

Cute and cuddly as they are, pandas are nonetheless beleaguered by very real issues. Encouraging more young people into wearing panda jewelry instead of regular bear jewelry may just help them become more involved in this cause.